What will the new album be called? When will it be released?

The Hunting Party will be released June 16th, 2014 internationally and June 17th, 2014 in North America.

What about the album cover? 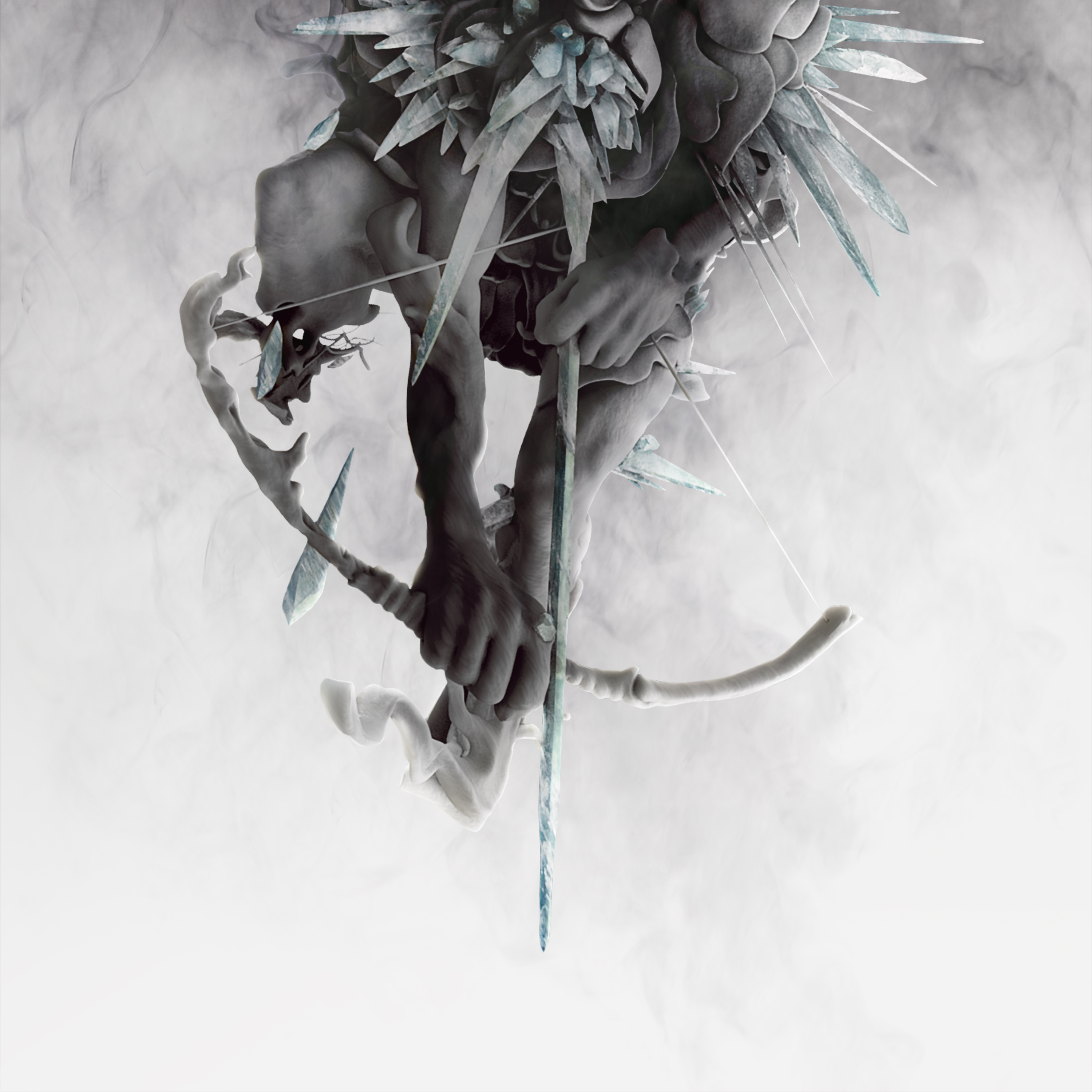 What can we expect from The Hunting Party?

Mike has been quoted to death on his Pigeons and Planes article, in which he talked about the current state of rock music and how it has lost some of its edge. One notable quote:

"Where are the carnivores? At the end of the day, it will never be about one song, one album, or one band. A movement requires leaders who are restless, brave, and fucking disruptive. I’m in the studio right now. I’m looking for ways to do it myself."

Brad said in an interview with Music Radar that "Guilty All The Same" is "the perfect lead offering to set the tone for the album as a whole" and that "the heaviness of the track, and of what you’ll hear on other songs on the album, comes from a raw, visceral place, but it sounds distinctly its own as far as our musical history."

From all descriptions, the album is set to be loud, guitar-driven and energetic, which falls in line with Linkin Park's mission statement for this release.

Will the album feature any other collaborators?

This has been teased a few times in various interviews but the only name that has officially been confirmed by the band themselves thus far is hip-hop artist Rakim, who features on "Guilty All The Same".

In early April 2014, a select group of music journalists were invited to a special listening party at Machine Shop Records studio to hear 5 songs from the new album. A review from ABC News Radio mentioned that two of the songs featured guest appearances from Daron Malakian (System of a Down, Scars on Broadway) and Paige Hamilton (Helmet). It is not yet known what contributions these guests made to the songs, but a report from hardDriveRadio confirmed that Daron appears on the song "Rebellion" and Paige appears on the song "All For Nothing".

What about song titles?

As of April 22nd, 2014 an official tracklisting has yet to be released, despite numerous fakes circulating around on the internet.

The following screengrab from a behind-the-scenes video posted by Billboard focuses briefly on a whiteboard in the recording studio, revealing the following song titles (and what we assume are working titles in brackets): 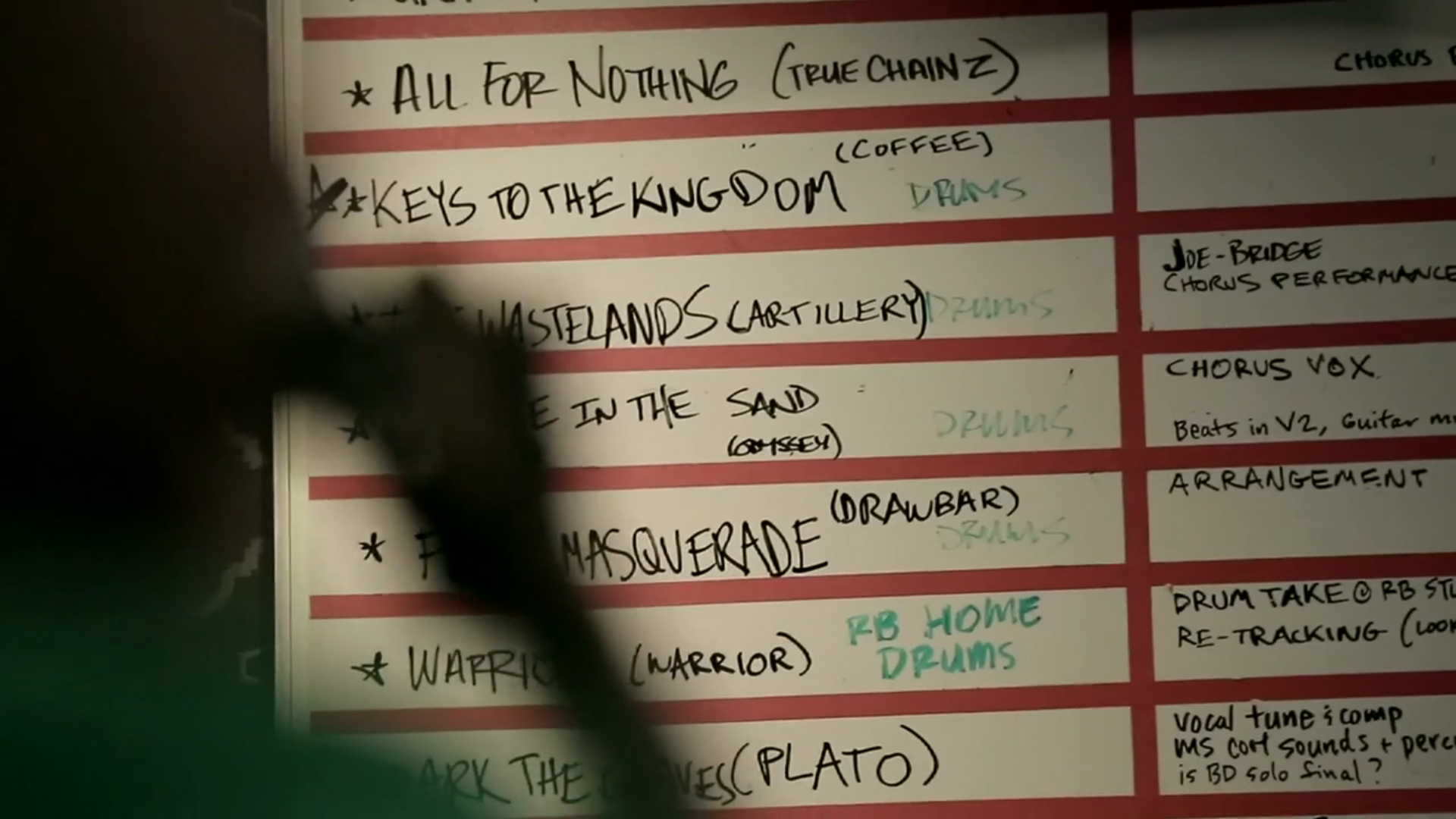 Reports coming out of the recent listening party confirmed the following additional titles: "Keys To The Kingdom", "The Wastelands", "Until It's Gone", "All For Nothing" (featuring Paige Hamilton) and "Rebellion" (featuring Daron Malakian).

This Rolling Stone article has a slightly different version of one song title, making reference to a song called "Wastelands of Today".